Frank Ocean Is Adding “Endless” To Streaming Services… NOT*

After close to three years, finally, “ENDLESS” has arrived. 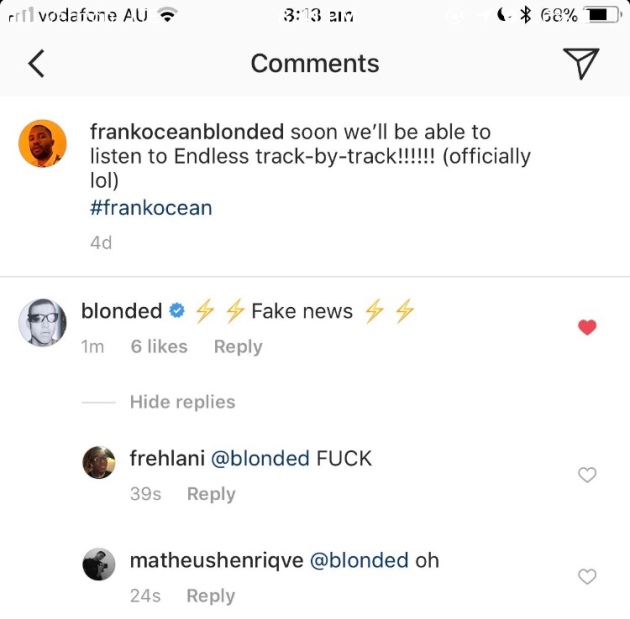 ENDLESS is coming to Spotify.

It’s been nearly three years since Frank Ocean released his 45-minute visual album exclusively on Apple Music and, finally, it will be coming to Spotify and other major streaming services. It was supposed to be dropped today, according to Billboard but it was delayed for some reason. Billboard said “The album was expected to be made available as early as today (Jan. 25), according to two people familiar with the matter, but others say it has been delayed and will be made available soon. It’s also unclear why the album will be released now, two and a half years later. A rep for Def Jam declined to comment, while reps for Ocean could not be reached.”

I spent close to two weeks watching Frank build (and not build) a spiral staircase as this album’s initial release date of August 19th, 2016 approached. Endless and the album that followed it just days later, Blonde, are two of my favorite albums… ever, so this is pretty cool news on a rather quiet Friday.