Carter Reeves shares his very own “Superpowers” in our new interview

Southern California’s Carter Reeves knows how to make a jam. Formerly one half of the Hip-Hop duo Aer, Reeves started his solo career last year, kicking it off with the Fresh Fruit EP and then following up with one Tasty! Jam after another. From “Fly High” to “Satellites,” Carter Reeves has truly mastered that SoCal sound. His most recent single, the raw and emotional “Superpowers,” is extremely important to him and the passion behind it is evident. I had the opportunity to ask Carter a few questions about “Superpowers,” why this one means so much to him, his influences, inspirations and more. Catch the full interview below:

First off, how’s your day going?

Whoa baby. Today is rocking at a firm 9/10. Practiced my set, took the pup for a stroll, made a mean breakfast. I’m doing just fine. How the heck are you?

Doing well! Glad you’re so amped! You seem very passionate about your newest single “Superpowers”, saying that you felt like it “might be one of the first songs I felt like I truly poured my heart into.” Why is that? What makes this one different for you?

I definitely am most passionate about this one. I don’t know, I felt like a lot of my music has varied in sincerity and authenticity, whereas this one was very upfront and raw – me. This song doesn’t feel like it’s trying to be cool, it just is. I also expanded my palette with the instrumentation here, which resulted in something beautiful. I love the way the strings are a classical juxtaposition to the heavy autotune. It’s really pretty to me.

On that note, what’s your superpower?

I would absolutely be able to teleport. 100%. Breakfast in Paris, afternoon surf in Hawaii, drinks in LA, dinner in Buenos Aires. What else could you want?

A lot of your music references southern California, do you feel like you’d be making the same music, give or take, if you were living somewhere else?

It does, and I was not. I lived in New York, where I felt like I was much more focused on pop sensibilities. Whereas here in LA, I have no shame basking in the sunny, beach vibes that surround me. Granted, my music has always had a feel good, “west coast” vibe to it – but I think I’ve finally settled into it. 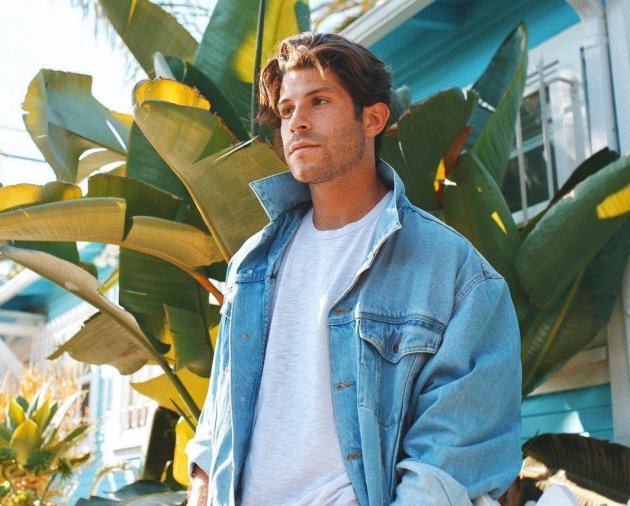 So would you say SoCal has had an effect on your music?

Honestly, it’s only heightened it – hasn’t really molded it. Even from the Aer days, people were comparing my style to west coast bands and acts. It only felt right that I would end up here. Now that I’m here I just think I’m emitting the vibe a little more purely and less forced.

You recently decided that you’d be releasing a string of singles as opposed to an EP, what made you make that choice?

Eh, complications. When you play the “singles” game, you need to be prepared to change plans. I have so much damn good music, it felt like it made sense to extend the shelf life of each song, and give them each their own spotlight versus releasing it all at once. I honestly think music is music. You’ll eventually get it all! As long as I still have the “debut album” card to pull further down the line, I’m happy.

What are some of your influences — musically and otherwise?

Khruangbin, Omar Apollo, tons of 70’s west African funk, Skinshape. I don’t know, the music I listen to is all over the place. I’m inspired by people who are relentlessly themselves. Been super inspired by late 60’s graphic and interior design. I don’t know. Tough question, haha. I’ll show you my Pinterest.

Who are some of the lesser-known or newer artists that you’ve really been bumping to lately?

What’s next for you? Where do you see yourself this time next year?

Tons more music, tons of visual content – but honestly: touring my ass off! I want to be ripping festivals and tours like no other. Catch me on the road ASAP! I promise I’ll let you know – thank you!

4 comments on “Interview: Carter Reeves Shares His “Superpowers” & Thoughts On His New Single”